In the lead-up to the Australian–Turkish year of collaboration (2015) and in partnership with Protocinema in Istanbul, Artspace has invited four Turkish curators representing a range of independent, not-for-profit and museum sectors to Australia 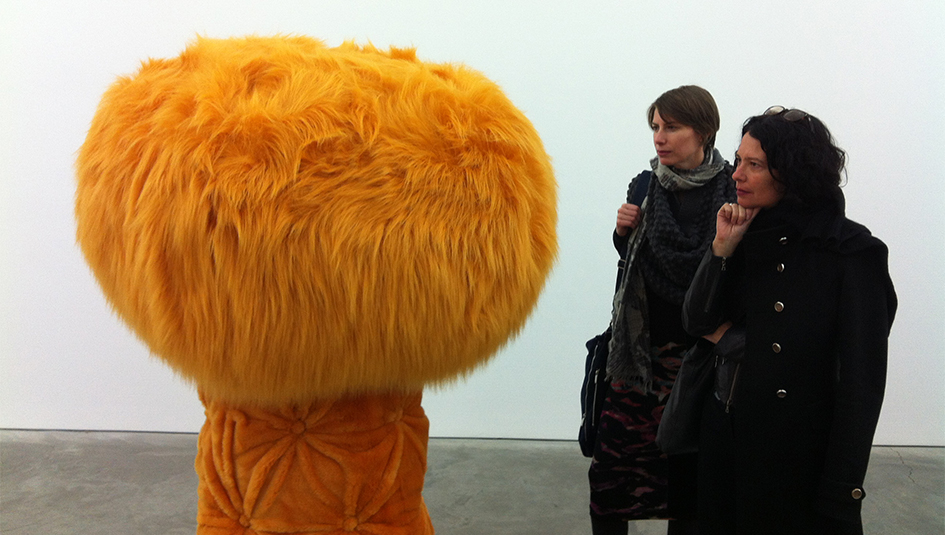 In the lead-up to the Australian–Turkish year of collaboration (2015) and in partnership with Protocinema in Istanbul, Artspace has invited four Turkish curators representing a range of independent, not-for-profit and museum sectors to Australia for a ten-day visit from Monday 27 October – Wednesday 5 November 2014. The objective is that this visit will lead to potential partnerships and program outcomes in 2015 with organisations across Australia and offer artists the opportunity to develop new work and meet international audiences. This visit by our Turkish peers is intended to cement collaborations between Australian and Turkish institutions, substantiated on the ideas of exchange and reciprocity and secure the establishment of partnerships in the visual arts.

Covering Melbourne, Sydney and Brisbane, the trip will have a broad outreach with targeted and in-depth windows for discussion and exchange. The itinerary will consist of key institutional visits; peer meetings with curators, writers and academics; artist and studio visits; engagement with a number of independent spaces from the Contemporary Arts Organisations network; artist-run-initiatives; private nonprofits; and select commercial galleries.

As part of the initiative, a public conversation with the visiting curators will be presented in all three cities, with each participant giving a short talk on an idea or issue that is critical to the particular arena in which they are currently working. Following the presentations, a panel discussion and Q&A session will enable Australian audiences to have the opportunity to engage with a variety of methodologies and modes of engagements specific to a Turkish context.

Protocinema is a nonprofit art organisation that makes transnational, site-aware exhibitions around the world, based in Istanbul. Collaborations, interventions and exhibitions are presented in spaces specific to each artist/s and their visions. Founded in 2011 by Mari Spirito, Protocinema creates opportunities for emerging and established artists from all regions to realise new work and exhibit existing work in a variety of contexts that are accessible to a wide range of individuals.

Mari Spirito is the Founding Director of Protocinema, a nonprofit realising transnational, site-aware exhibitions around the world, based in Istanbul. Protocinema recently presented Diner Noire, with Dominique Gonzalez-Foerster and Tristan Bera in Istanbul; early work by Gerard Byrne in a former Chinese deli in New York; and new work by Ahmet Ögüt in New York in partnership with Itinerant. Spirito served as an Advisor to the 2nd Mardin Biennial, Turkey (2012). Prior to founding Protocinema, she was Director of 303 Gallery in New York for 12 years, where she worked on large-scale, site-specific works by Mike Nelson and Doug Aitken. She holds a BFA from Massachusetts College of Art, Boston. Spirito is a Consultant for Art Basel's Conversation and Salons, and is on the boards of Participant Inc. and New Art Dealers Alliance in New York; and Collectorspace in Istanbul.

Along with Mari Spirito, the visiting curators include:

Övül Durmuşoğlu is a curator and writer based in Berlin and Istanbul. She completed an MFA in Visual Arts and Visual Communication Design at Sabanci University, Istanbul and participated in the Critical Studies program at Malmö Art Academy, Sweden (2005–06). In 2007, Durmuşoğlu was awarded the Premio Lorenzo Bonaldi Young Curators Award for her exhibition Data Recovery, GAMeC, Bergamo, and in 2010 she received a Rave Scholarship to work on a collaborative project of the Institute for Foreign Cultural Relations (ifa), Stuttgart and the Akademie Schloss Solitude, Stuttgart. In 2013, Durmuşoğlu curated the festival Sofia Contemporary. As a Goethe Institute Fellow at Maybe Education and Public Programs for dOCUMENTA (13), she organised the programs, What is Thinking? Or a Taste That Hates Itself; Readers Circle: 100 Notes – 100 Thoughts; and Paper Mornings: Book Presentations at dOCUMENTA (13). Durmuşoğluhas contributed to different catalogues, publications, and magazines such as Frieze d/e, Flash Art International, and …ment.

Başak Şenova is a curator and designer. She studied literature and graphic design (MFA in Graphic Design and PhD in Art, Design and Architecture at Bilkent University) and attended the 7th Curatorial Training Programme of Stichting De Appel, Amsterdam. She has been writing on art, technology and media, initiating and developing projects and curating exhibitions since 1995. Şenova is an editorial correspondent for ibraaz.org and one of the founding members of NOMAD, as well as the organizer of ctrl_alt_del and Upgrade!Istanbul. Şenova was the curator of the Pavilion of Turkey at the 53rd Venice Biennale (2009). As an assistant professor, she has lectured at various universities in Istanbul, such as Kadir Has University, Bilgi University and Koç University. She co-curated UNCOVERED (Cyprus) and the 2nd Biennial of Contemporary Art, D-0 ARK Underground (Bosnia and Herzegovina). Şenova is a member of the Advisory Boards of the Istanbul Biennial and D-0 ARK Underground, and of the Advisory Committee of Protocinema. She is the curator of the Helsinki Photography Biennial 2014, Jerusalem Show, and the Art Gallery Chair of SIGGRAPH 2014 (ACM), Vancouver.

November Paynter is Associate Director of Research and Programmes, SALT in Istanbul. She was previously Curator for Platform Garanti Contemporary Art Center 2002–2006, Assistant Curator of the 9thInternational Istanbul Biennial in 2005, and among other achievements was the 2003 recipient of the Premio Lorenza Bonaldi per L'arte – EnterPrize, as the first curator under the age of 30 to be recognised with this award. In 2007, Paynter was Consultant Curator at Tate Modern for the exhibition Global Cities and her recent independent curatorial projects include New Ends Old Beginnings at the Bluecoat and Open Eye galleries in Liverpool (2008); The columns held us up at Artists Space in New York (2009); and As the Land Expands at Al Riwaq Art Space in Bahrain (2010). Paynter also worked on 0 – Now: Traversing West Asia (co-curated with Russell Storer) for the 7th Asia Pacific Triennial of Contemporary Art, Brisbane in 2011. Paynter writes for art periodicals including Artforum, Bidoun and ArtAsiaPacific, as well as for artist and exhibition publications.