Situated Cinema is a collaborative project by Canadian film artists’ Solomon Nagler and Alexandre Larose that reinvents cinema as a temporary construct within the gallery. Combining architectural structures with experimental film, Situated Cinema deconstructs traditional modes of cinematic experience by introducing new forms of spectatorship formed through the intermingling of the experience of the gallery and the relative intimacy of film. Comprised of two 16mm projectors and one 8mm projector, each playing silently with light emanating in the darkened gallery space, Situated Cinema emphasises and exposes the mechanics of film-based production and projection, revealing that which is so frequently obscured and often fetishised.

Solomon Nagler’s films have screened across Canada, in the United States, Europe and Asia at venues such as the Centre Georges Pompidou, Paris; L’Université Paris Panthéon-Sorbonne; and Lincoln Center, New York. His work has been presented at: Winnipeg Cinematheque; Excentris Cinema, Montréal; Festival des cinémas différents et expérimentaux, Paris; The Calgary Society of Independent Filmmakers; and The Canadian Film Institute, Ontario. Originally from Winnipeg, Solomon Nagler currently lives in Halifax where he is a professor of film production at Nova Scotia College of Art and Design University. 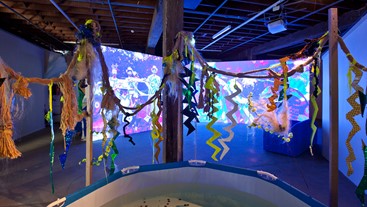 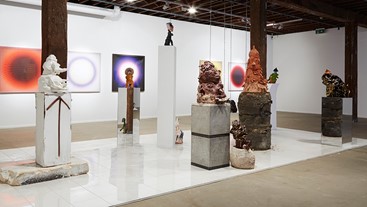 On Return and What Remains