She went that way

She went that way was the first major exhibition to profile the work of Raquel Ormella, presenting the breadth of this important Australian artist's practice across the entirety of Artspace's public exhibition spaces.

She went that way was the first major exhibition to profile the work of Raquel Ormella, presenting the breadth of this important Australian artist's practice across the entirety of Artspace's public exhibition spaces. She went that way placed new and recent projects by Ormella alongside works drawn from key periods of her practice, many of which have been substantially revised for the purposes of the exhibition. This aspect of She went that way is significant, for as astutely as Ormella engages social questions, her work is characterised by its aesthetic refinement, its critical self-awareness and its persistent consideration of the ethical roles and responsibilities of the artist.

Raquel Ormella's practice embraces a diverse range of activities including video, painting, installation, drawing and zine production. While she has consistently explored various modes of collective and collaborative production as an extension of both her studio practice and the broader social concerns of her work. Here, art is more than a passive medium by which to communicate a given ideology. In Ormella's work, the inherent reflexivity of contemporary art provides a means of critically interrogating the artist's own agency and authority as she interfaces with questions of relevance to the world at large. While preoccupations with political and environmental issues that become manifest in Ormella's art-making extend from, as well as into, sustained, in-depth research and close involvement with a number of social movements, her work is singular in its capacity to constructively problematise romantic notions of art and activist politics alike.

It is this resistance to aestheticising tendencies within approaches to art and social change by an artist committed to exploring both and doing so aesthetically that forms core of the work in She went that way. The simultaneously elusive and irreducible relationship of an artist to her work suggested by the exhibition's title is the point of departure from which it tracks Ormella's engagement with a series of highly pertinent social and ethical questions. Personal and collective memory emerges as a central theme as Ormella revisits and critically updates earlier works, and in the artist's own reflections and histories recounted by others. Significant also is the issue of space, from questions of propriety as they pertain to the use of urban geography, to provocative investigations of the impact of human activity on the physical landscape. These questions extend to the politics of appropriating socially, collectively or anonymously authored narratives and cultural objects, and their presentation as the work of a single artist through their aesthetic mediation and their configuration within the gallery space.

She went that way posits Ormella's practice as a sophisticated and evolving process of self-reflection, a means by which the artist attempts to take account of her place as an agent in the world, and to act on it.

This project has been assisted by the Australian government through the Australia Council, its arts funding and advisory body, and is supported by the Visual Arts and Craft Strategy, an initiative of the Australian, State and Territory Governments. The artist acknowledges the assistance and support of a PhD scholarship from the College of Arts and Social Sciences, Australian National University. 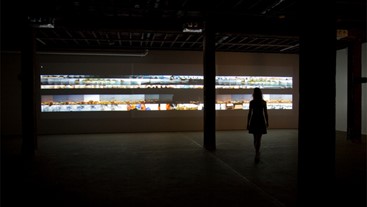 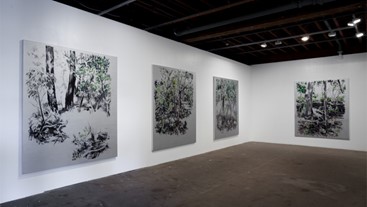 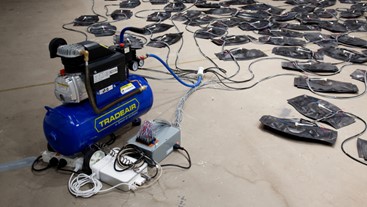