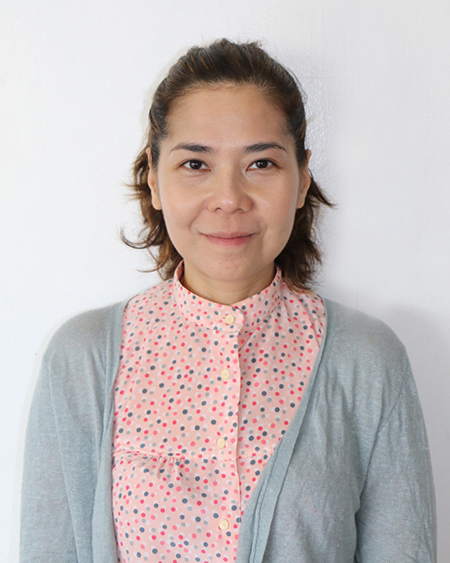 Join us for a free public talk with Joselina Cruz, Director and Curator at the Museum of Contemporary Art and Design (MCAD), De La Salle-College of Saint Benilde, Manila. Cruz will discuss MCAD, which is marking its tenth year this month; curating the Philippine Pavilion at the 2017 Venice Biennale; as well as her curatorial methodologies and approaches to working in the Philippines and beyond. Cruz will be joined in conversation by Dr Mikala Tai, Director of 4A Centre for Contemporary Asian Art, Sydney.

Joselina Cruz is currently Director and Curator at the Museum of Contemporary Art and Design (MCAD), De La Salle-College of Saint Benilde, Manila. Cruz has worked as a curator for the Lopez Memorial Museum in Manila (2001-2004) and the Singapore Art Museum (2005–07). She was a curator for the 2nd Singapore Biennale, 2008, and a networking curator for the 13th Jakarta Biennale, 2009. She worked on the Tàpies retrospective and the The Deutsche Bank Collection and Zaha Hadid while at the Singapore Art Museum, amongst others, and Creative Index, for 10th Regional Anniversary of the Nippon Foundation’s Asian Public Intellectuals Fellowship program in Manila, in 2010. From 2012 she has produced exhibitions with artists such as Michael Lin, Paul Pfeiffer, Tiffany Chung, Michael Lee and Maria Taniguchi at MCAD in Manila (Philippines). She has curated for the Jewish Museum (2016), Sørlandets Kunstmuseum, Norway (2011) and Next Wave in Melbourne, Australia (2010). She has been invited for visitorships and residencies by Asialink, the Mondriaan Foundation, Office for Contemporary Art, (OCA) and the Center for Contemporary Art (CCA ) in Singapore, and is a Fellow of the Nippon Foundation’s Asian Public Intellectuals Grant. She finished art history at the University of the Philippines and Curating Contemporary Art (MA, RCA) at the Royal College of Art, London. She continues to write essays, reviews, criticism and commentary on art.

Dr Mikala Tai is the director of 4A Centre for Contemporary Asian Art, Sydney. As a curator, researcher, and academic specialising in contemporary Asian art, she has collaborated with local, national, and international organisations to strengthen ties between Australia and Asia. Her curatorial projects at 4A include “Before the Rain” (2017); “I don’t want to be there when it happens” (cocurated with Kate Warren and expanded at Perth Institute of Contemporary Arts with Eugenio Viola, 2017); and “Jogja Calling” (2016). She received critical acclaim for her organization of the performance program at Art Central Hong Kong (2016 and 2017). Her independent curatorial projects include "Trompe-l'œil" (Sullivan + Strumpf Singapore, 2018) “Abdullah M.I. Syed: Diving Economy—Structures” (Aicon Gallery, New York, 2017), “Closing the Gap: Contemporary Indonesian Art” (Melbourne International Fine Art, 2011), and “Yang Yongliang: On the Quiet Water” (Fortyfivedownstairs, Melbourne, 2009). Tai has taught at Monash University, Royal Melbourne Institute of Technology (RMIT), and the University of Melbourne in both undergraduate and postgraduate programs. Tai’s writing can be found in several exhibition catalogues in addition to periodicals such as Broadsheet Journal, Art Monthly Australiasia, Photofile, Vault, and Ocula. In 2015, Tai received her PhD, focusing on the influence of the global city on China’s local art infrastructure.

Joselina Cruz’s visit is supported through the  International Visiting Curators Program, developed and  presented by Artspace in partnership with UNSW | Art & Design.