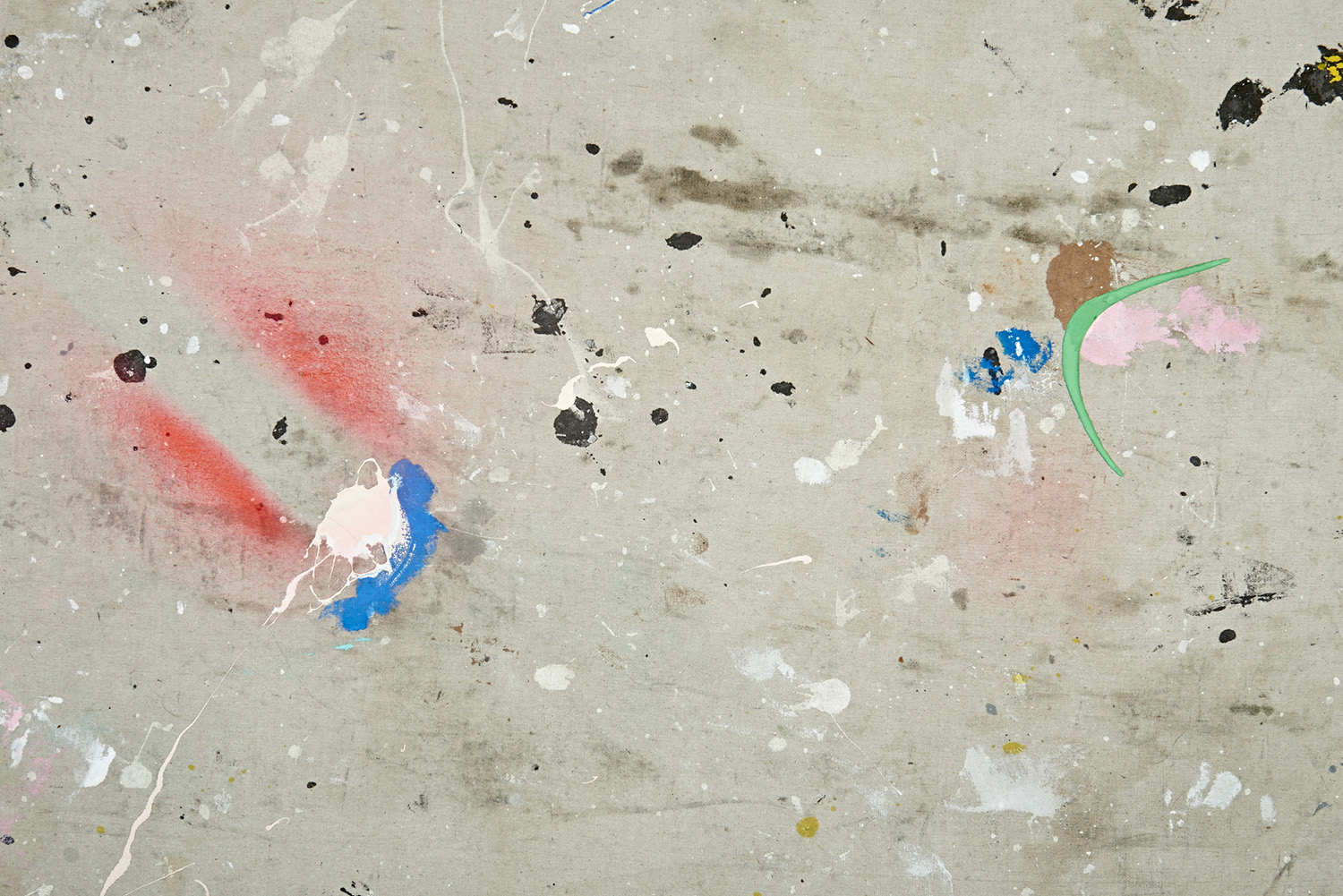 Camouflage is an act of disguise and secrecy, a swallowing of the whole person/thing into obscurity. Emma’s paintings skim on an edge of concealment – what line is hers and what line was already there? Her efforts are veiled by the accidents of others and it can appear as though those efforts are minimal. Painters, like magicians, don’t usually give away their illusions this easily, but this kind of assumed inaction almost demands a behind-the-scenes TV special to outline the volume of machinations for admiration. After all, process is what abstraction-luvin’ academia lap up. Emma suggested I use the word “stochastic” to appease, but I’m more interested in this camouflage stuff in an emotional way. Sure, we talked about Pollock, automatism, Paul-Émile Borduas, Dadaism and Helen Frankenthaler, we’re not art-world newborns, but we are related and that’s bloody boring familial repartee.

Emma Finneran is a Lismore-raised-Sydney-based artist with a Bachelor of Visual Arts from Sydney College of the Arts, University of Sydney. She recently exhibited at ​Art Central, Hong Kong with Chalk Horse, 2018; ​​Sydney Contemporary with Chalk Horse in 2017; had a solo show, RAINBOW REGION, at Wellington St Projects; and ​has been awarded ​two ​scholarship​'s​ by Art Incubator, followed by her ​first solo exhibition with Chalk Horse gallery, GRAND TOURIST, 2016 and an ​exhibition TAKE TWO at Kronenberg Wright Artists Projects​, 2017​. In 2016, she was commissioned by Marprop Development Manager to paint a large-scale triptych to hang in the foyer of the Parramatta Council Building. Finneran has exhibited in solo and group exhibitions in artist-run spaces across Sydney, including Firstdraft, Sydney Guild and Wellington St Projects. In 2013 she was awarded a scholarship to study at École SupÉrieure d’Art et Design in Saint-­Étienne, France. Finneran is represented by Chalk Horse, Sydney.