Since the early 1970s Bruce Barber has worked across performance, installation, film, video and photography developing propositional and situational works that engage and question social and political regimes of power.

Since the early 1970s Bruce Barber has worked across performance, installation, film, video and photography developing propositional and situational works that engage and question social and political regimes of power. Originally from Auckland where he studied at Elam School of Art in the early 1970s within the highly influential and experimental sculpture and intermedia program, Barber has been based in Canada for three decades, retaining professional ties with New Zealand and Australia.

This major survey project, the largest to date undertaken on Barber's practice, encompassed the full range of his work from performance actions, found situations and video work of the early 1970s through his multidisciplinary Reading Rooms begun in the 1980s and Squat Projects of the 1990s and beyond, culminating in a new reading room project regarding immigration, identity politics and alterity developed in-situ whilst undertaking a visiting artist residency at Artspace.

Bruce Barber is based in Halifax, Nova Scotia where he is Professor and Director of the MFA Program at the Nova Scotia College of Art and Design University. He has exhibited and published extensively internationally since the early 1970s. He is editor of Essays on Performance and Cultural Politicization (1983), Conceptual Art: the NSCAD Connection 1967-1973 (2001), Condé and Beveridge: Class Works (2008) and co-editor, with Serge Guilbaut and John O'Brian of Voices of Fire: Art Rage, Power, and the State (1996). A new two-volume set of his writings has just been published as Performance, [Performance] and Performers: Essays and Conversations 1976-2006.

The project is developed in conjunction with Manukau Institute of Technology and Te Tuhi Centre for the Arts in Auckland where a partner component of the exhibition will open on 13 December 2008. 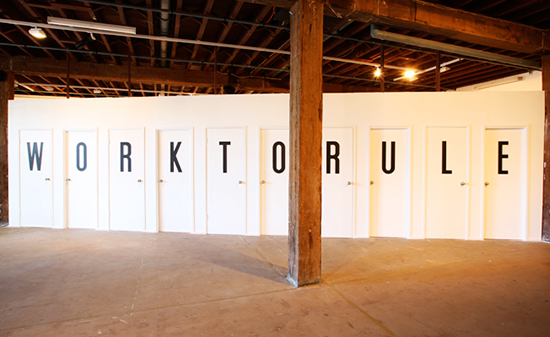 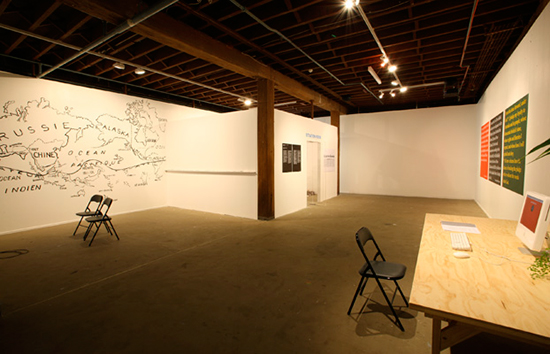