In 2004 surgical nipple grafts made the artist's nipples redundant pieces of flesh. They simply became decorations marked upon his chest by surgery.

In 2004 surgical nipple grafts made the artist's nipples redundant pieces of flesh. They simply became decorations marked upon his chest by surgery. Malignant Mother celebrated the transition of Zafiriou's nipples from sites of pleasure to coloured skin patches that stare out from his torso.

Like the surgery, the performance was prepared as a ritualised process. A bell rings. A tattooist prepares her machinery. A figure in a lab coat suture a chain made from human fingernails to his navel.

In the course of the performance the artist's nipples were made black. Black is used to represent a symbolic death. Black makes visible what is invisible. 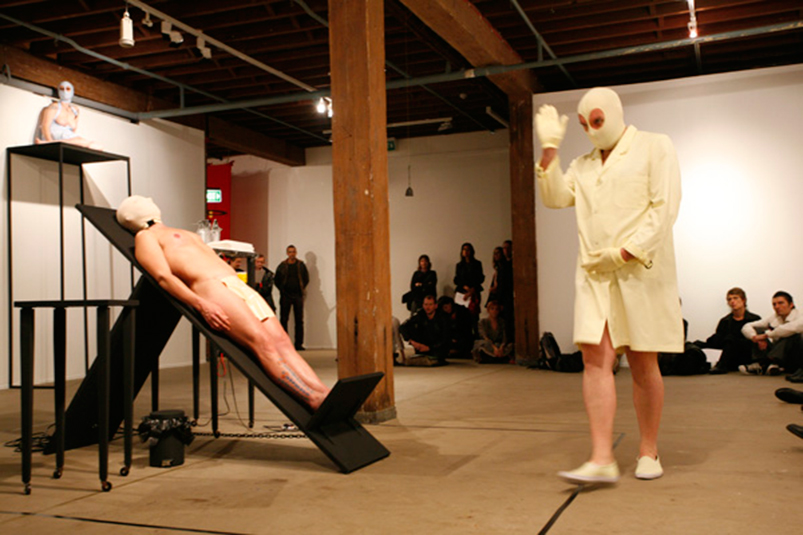