senVoodoo's Font was a tableau vivant presenting the primal substance of blood as a carrier of sustenance and contagion.

senVoodoo's Font was a tableau vivant presenting the primal substance of blood as a carrier of sustenance and contagion. Two figures bled into a vessel of water, staining it red. The audience surrounding them, fully implicated in the experience of pain, risk and transcendence. Pain and the breaching of skin, central features in the work of senVoodoo, are vehicles to a realm of intense focus. The body under duress engages viewers on a profoundly visceral level, requiring a negotiation of notions of mortality, contagion, sacrament and the body's fluidity, within the immediacy of the act of bleeding and the blending of blood and water as a symbol of alchemical union and transformation. 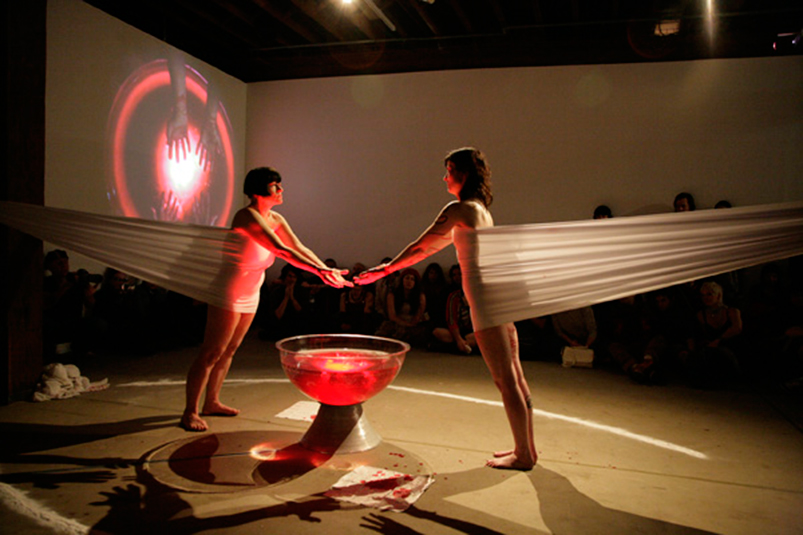