The Universe As Mirror

Where California’s Mt. Palomar telescope points out into space, Mr Palomar focuses his close attention within, closely examining each aspect of the self.

In the second-last story in the book, entitled The Universe As Mirror, Mr Palomar envies those around him that seem to live their lives simply and harmoniously, those who can ‘befriend the universe, managing to avoid the trajectory of murderous meteorites, and catching only the beneficent rays.’

He unsuccessfully attempts to imitate such people, ultimately realising that nothing can be known of the outer world if the inner is overlooked.

Palomar then reasons that ‘the universe is the mirror in which we can contemplate only what we have learned to know in ourselves.’

He undertakes to understand the inner.

Finally he opens his eyes, expecting to behold a harmonious universe, but the world has not changed; creaky, endangered, twisted as ever.

Like Palomar I crave the absolute ground of ‘truth’ that this small island offers us but I am continually destined, like most of us, to navigate the surrounding ocean.

As I stood inside my house last August and considered the ‘collection of collections’ now stacked in a corner before me I reasoned that if this indeed constituted a kind of universe, then if approached correctly somewhere amongst its fragments I might yet catch a glimpse of my mirrored self.

Over the next few weeks the usefulness of a universe as mirror suddenly became apparent, and understanding this dynamic was clearly the task I would have to undertake in Artspace, A taxi-truck was booked for January 2005, and I packed the few items that had inexplicably been missed by my friend; but how would I approach the task once everything had been delivered to Artspace?

what are the values that contemporary art upholds?

how are these values manifested?

is it possible to practice without casting an eye to the art market, or to the viability of the project one is working on as a possible fund application?

is it possible to make a work whose raison d’etre is not dependent on critiquing another artist?

is it possible to make a work that does not cost anything to make, does not aspire to be sold and does not refer to anything other than itself?

is it possible to make a work whose values run counter to the society we live in?

is it possible to make a work that visibilises the contradictions most artists must embrace in order to function?

is it possible to make a work that does not consider itself as art?

is it possible to make a work that stands outside of our time? 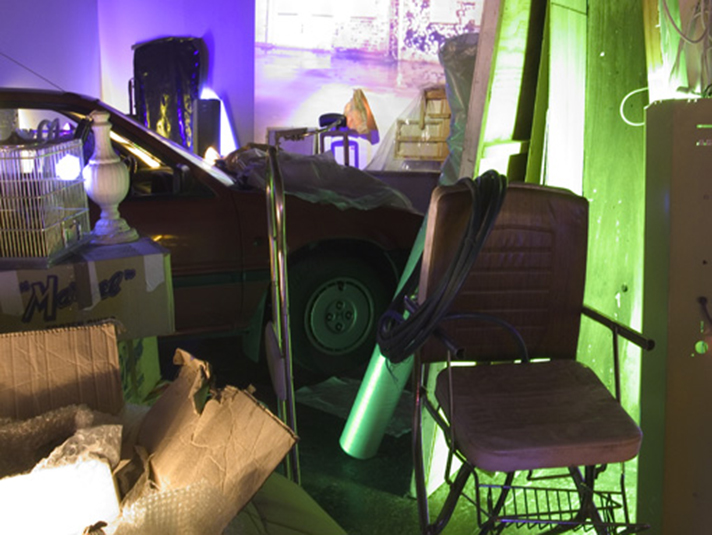