Crying Man 4, the subject of Lyndal Jones' residency at Artspace in 2005, will involve live-mixing of text and images to be responsive to viewer presence.

TEARS FOR WHAT WAS DONE (2002–2005) is a new series of photographic works, interactive video installations and other more sculptural works that focuses on the manifestation of emotion and the ways it is culturally represented.

Crying Man 1 (2003) was the first work in the series. It presents a man’s face as he cries until he senses he is no longer alone…

This work offers an image of one man; middle class, western, Anglo-Saxon, in his forties, wearing suit and tie. A man at an apparently most public moment, struggling with strong emotion.

The viewer becomes audience to this. There is no background that could anchor the tears in a particular incident, no words spoken that could explain the situation, no music to manipulate our emotions or our actions. We are free to watch him cry, to stop him or to leave.

Crying Man 1 was the pivotal work for a number of elaborations that have continued to explore Jones' fascination with the idea that expression of emotion (and its refusal) are engendered and encultured within both artwork and viewer.

Crying Man 2 (Perth, 2003) locates a reason for tears within the framework of the ecological disaster of the wheat belt.

And Crying Man 3: He Must Not Cry allows us to watch closely a number of men struggling to hold back tears. This has been shown as a single screen video and is being developed as a multi projection installation.

All of the Crying Man works utilise chroma key technology in different ways.

Crying Man 4, the subject of Lyndal Jones' residency at Artspace in 2005, will involve live-mixing of text and images to be responsive to viewer presence. This particular exploration will be carried out with Sydney based artist Kate Richards. 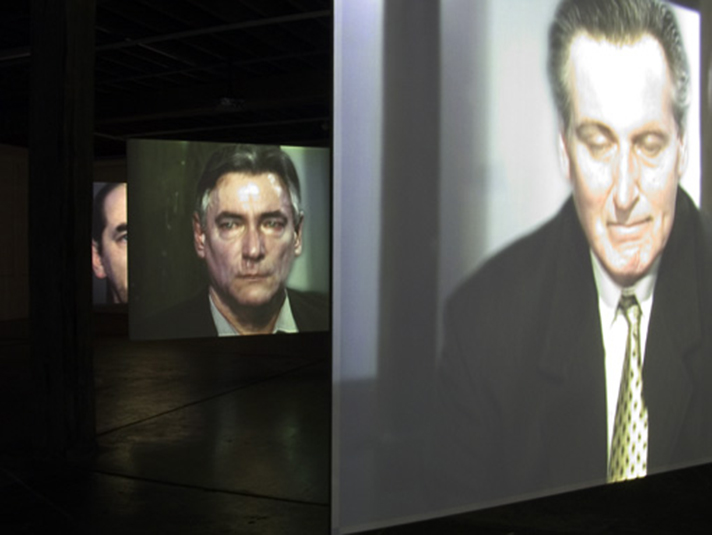